The demagogue has convinced himself that the nation can be talked up and talked out of the ruler’s mistakes and mis-steps.

The prime minister who unfurled the National Flag at the historic Red Fort 75 years ago was a man whose political persona had been consecrated by nearly a decade-long incarceration in British jails, by an intimate discipleship of the greatest moral leader of the 20th century, by a joyful immersion in a soul-uplifting struggle and the comradeship of a nationalist movement.

The prime minister who presided over the 75th-year celebration is a man whose political personality has been shaped by the narrow theology minted in Nagpur, by the petty factionalism inherent in the Sangh Parivar and the Jan Sangh-Bharatiya Janata Party – and by an extraordinary self-centredness.

If anybody was expecting Prime Minister Narendra Modi to give an honest account of our national journey these past 75 years, they would have been rudely jolted within a few minutes when Nehru was excluded and Savarkar was included from the catalogue of those whose vision steered India towards freedom. Personal pettiness and ideological partisanship continue to define the man. As a dedicated soldier of the Sangh Parivar, the prime minister naturally sought to rewrite the national narrative of last 75 years, a nuanced exercise in exclusion and inclusion.

That, of course, is a prime minister’s prerogative on August 15.

Apart from this, the overwhelming impression that Prime Minister Modi managed to convey this year from the Red Fort was that he remains the greatest demagogue this part of the world has seen in a long, long time.

His command over spoken Hindi, his practiced theatrics, and his delivery remain undiminished.

And, there was no mention, no audit, no assurance about all the problems confronting the nation: the staggering unemployment, crushing inflation, sore and sullen minorities, unbowed Kashmiris and unsettled Kashmir, Chinese ingress and breaches along the border, distrust and discord between the Union and the States; and, an overweening, ‘maximum’ government.

A demagogue does not allow his audience to connect with reality; the simple trick is to keep the citizens distracted from problems and inflictions. The phenomenon acquires a dangerous edge when the demagogue convinces himself that the nation can be talked up and talked out of the ruler’s mistakes and mis-steps.

Unsurprisingly, the country was treated to an elaborate dream-sequence. The leitmotif was ‘sankalp’ (resolve).

There is a nice ring to the word, foreign to the Khan Market Gang’s ears but equally incomprehensible to the masses. But the cant has its own seductive charm – as much for the canter as the canted.

The prime minister displayed remarkable physical stamina as he unflaggingly beat his own drum, alternating between the cacophony of megalomania and softer, more statesman-like notes. If the camera had not caught a senior cabinet minister nodding off, the television audience would have concluded that the prime minister had executed one more mesmerising performance with aplomb. The world is already in awe of ‘Naya Bharat.’ And, unprecedented national glory and civilisational pride, we were told, were just round the corner – all that is needed is for the people to fulfil their duties and responsibilities as citizens.

As a self-satisfied authoritarian, Prime Minister Modi smugly equated himself and his own government with the nation; the government’s initiatives and innovations were palmed off as instances of national resolve and commitment. There was no hint of the need to build a national consensus behind the strings of ‘sankalps.’ No one need be surprised at this quiet outbreak of political arrogance.

Notice was served that Modi’s India would not allow itself to be judged by outsiders or by non-indigenous values, ideas or yardsticks – that he and his parivar will define for the rest of us. We must henceforth revel in being inward-looking; our glorious civilisation will be our guide and inspiration. Of course, this invocation of national pride and atmanirbharta (self reliance) is nothing but his way of getting the country to come to terms with the mediocrity of the past eight years.

Towards the end of his speech, of course, the prime minister gave up the struggle to sound like a statesman; his visceral cockiness reasserted itself. From his not-so-soaring heights, he descended rapidly to the familiar themes of an election rally: ‘corruption’ and ‘family-based politics.’

Our ever-reliable television presenters instantly pointed out that the prime minister was targeting the Congress party’s first family. The hallowed pulpit of the Red Fort was used to score political points. An even subtler message was to the youth: if there is unemployment it is because ‘dynastic politics” has so deeply seeped into our institutions that its ill-effects have driven ‘merit’ out of society. People were exhorted by Modi to inflict the pain of ‘social boycott’ on the ‘corrupt’ in public life.

The path of salvation, according to the prime minister, lies in the youth reposing their faith and support in him and his leadership.

As the nation crosses a major milestone, the prime minister probably deserves to be congratulated for a first-rate oratorical performance; his constituency – and his television anchors – have been given enough reasons to believe that their man has not lost his touch. For the next few weeks, social media circuits will be cranked up overtime to paint the prime minister as a saviour hard at work, putting to good use the energy of a new collective consciousness.

Seventy-five years ago, Nehru and his comrades began the work of creating, for the first time in a millennium, a pan-Indian political community, that too anchored in the magical power of an enfranchised citizenry in a nascent democracy bound by the rule of law and not the divine right of a monarch, foreign or native. Seventy-five years later, a self-obsessed prime minister has glibly sought a reaffirmation of his personality cult.

The next few years will decide if India still remains committed to Nehru’s democratic dreams or has allowed itself to be blindsided by Narendra Modi’s authoritarian solutions. 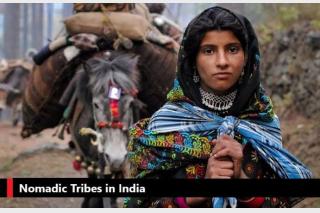 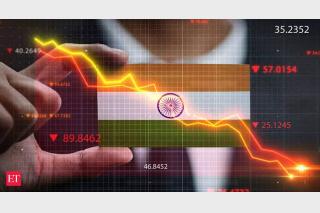