The British national Christian James Michel, accused in the Rs 3,600 crore AgustaWestland VVIP chopper deal and now into his third year as an undertrial prisoner, has threatened to go on an indefinite hunger strike in Delhi’s Tihar jail from today, November 25, if charges of human rights violations are not brought against Indian Prime Minister Narendra Modi.In a nine-page handwritten letter to British Prime Minister Boris Johnson dated October 5 but made public only now, Michel has accused Modi of being responsible for the abduction of Princess Latifa in 2018 following an attack on the yacht she was travelling in on the high seas by Indian special forces. Michel has claimed that he was handed over to India by the United Arab Emirates’ authorities in exchange for Latifa, the estranged and runaway daughter of the ruler of Dubai.Languishing in jail for three years ‘without charge or trial’

Michel wrote that he has been in an Indian jail for three years “without charge or trial” and that he was “brought to India from Dubai under now accepted rendition that has also been confirmed as such by the UN Human Rights Council”.

The Working Group on Arbitrary Detention (WGAD), a body under the UN, had in February this year held Michel’s detention in India to be “arbitrary” and called for his immediate release. The WGAD had also taken cognisance of submissions by Michel’s lawyers that his handover to India in 2018 by the UAE authorities was a “swap deal” for Princess Latifa. The Ministry of External Affairs had, however, rejected these charges and termed the WGAD’s opinion as one based on “limited information” and “biased allegations”.`Rakesh Asthana wanted me to sign false confession naming Rahul, Sonia Gandhi, Ahmed Patel’

Significantly, in Michel’s letter written on October 5, 2021, and submitted to the British High Commission in New Delhi – a copy of which is with The Wire – he has accused former Central Bureau of Investigation special director Rakesh Asthana of telling him in a meeting in Dubai “to sign a false confession naming Rahul and Sonia Gandhi and Ahmed Patel (a senior Congress leader) in corruption”. Asthana was later made commissioner of the Delhi Police in July 2021.Michel wrote that he was told in the meeting, which took place in mid-May 2018 at the Hyatt Hotel, Dubai and which was also attended by nearly five UAE officials, that “if I refuse, I will be taken to India, put in jail for a long time and if one day I get bail, I will not be allowed to travel and be kept in India for 20 years”.Also read: French Captain to File Suit Over 2018 Capture of Dubai Princess, Case to ‘Also be Against India’Michel, whose lawyers had earlier also claimed that his hand over to India in 2018 by the UAE authorities was a “swap deal” for Princess Latifa, daughter of the ruler of Dubai, Sheikh Mohammed Bin Rashid Al Maktoum, reiterated the charge in his letter to Johnson.He wrote that a friend of his, who was earlier with the UK’s foreign ministry “came to see me in Dubai in April 2018 and told me, I am to be exchanged for Princess Latifa who was abducted off her yacht in international waters off the coast of India by Indian Coast Guard, Indian marine commandos (Marcos) and UAE soldiers on 4 March, 2018”.According to Michel, “Latifa was taken to India and flown back to Dubai.” Explaining to Johnson the gravity of the incident, he added, “…to be clear what we are talking about, passengers and crew were tied up, some crew were severely beaten, shots fired and Latifa said she was dragged off by the Indian attackers.” All this while, he said, she cried: “You can’t get me back alive. Don’t take me back, shoot me here. Don’t take me back.”

Citing the court proceedings before Sir Andrew McFarlane from the family division of the London high court, Michel wrote that the judge recorded that Maktoum had “requested Modi to kidnap his daughter, who had only 7 days earlier escaped from Dubai. My friend explained, Modi in return demanded my rendition from Dubai to India.”Michel added in the letter that “if I had any doubt about my exchange for Latifa, in mid-May 2018, I was called with my lawyers to a meeting with UAE representatives and an Indian representative”.During this meeting with Asthana and other officials, Michel wrote that he was told “if I sign I will be made a witness, the Red Notice will be dropped and I will not have to go to India. Asthana made it very clear a deal has been done and law will not save you, you will be taken to India”.Over three meetings, he added, he refused to sign. Then, Michel wrote, “I was arrested on 14 June.” He added that “over 130 days in jail (in UAE), I never was allowed to see my Dubai lawyers, I was never presented in court and to this day I have never even been allowed to see my extradition notice”.`Flown to India on December 4, 2018, subjected to rights abuse’Though on November 14, 2018, according to Michel, “I heard that the UAE Supreme Court had rejected India’s extradition request”, “the next day a new Supreme Court was ordered to retry the case of extradition”. He added that when his Italian lawyer rushed to Dubai, he was arrested at the airport on some “rubbish charge”.Michel said “on the 4th of December, I was blindfolded, handcuffed and pushed on a private jet”. Once in India, he claimed, he was “subjected to riotous, free-wheeling human rights abuse”. He said he was interrogated extensively and the British High Commission were refused access for 40 days.He insisted that for 40 days, there were “threats” but “no trial” and all this while there was “continual pressure to sign a false confession”.`Sheikh wanted to protect his own reputation’Michel also wrote to Johnson about why the abduction of Princess Latifa took place:“For his Highness Sheikh Mohammed Bin Rashid Al Maktoum, it is clear. His daughter Latifa was escaping his abusive father and threatening to expose all about his highness and the UAE just as the World Exposition was in preparation. As Latifa said, ‘He will kill people to protect his own reputation.’”As for Modi, Michel wrote, “it is a well established principal (sic) that every crime has a motive.”He added that “Modi was misinformed (by a senior Italian politician, who till today will not answer questions to Italy’s Parliament) that I am an important financier of the Gandhi family”.As such, Michel wrote, “Modi thought after his failure to extradite me in 2017 (that) if he could rendition me to India in 2018 in exchange for Latifa in time for the early 2019 Indian elections, I could be made to make statements against the Gandhi family and improve his chances no end.”

Michel added that if Latifa’s exchange for him was seen as a “coincidence”, then one should “look at Modi’s own words spoken at a huge rally in Rajasthan just after my rendition on 4th December 2018”.

In the rally in December 2018, Michel quoted Modi as saying: “Under the regime of the United Progressive Alliance a VVIP chopper scam took place. We came to power, an investigation was conducted into it and one person from Dubai was found guilty for his involvement in the case. Now this `razdaar’ (custodian of secrets) will reveal all the secrets.”Michel proclaimed that “This is Modi’s motive. Sir it is quite pointless to deny this. It is out”.`Open show of contempt for international, maritime law’Michel also wrote to Johnson, “There is one last question under why. Why did Modi send an armada to abduct one little girl off an unarmed boat?”He then went to provide the answer himself, saying: “This was an open show of contempt for international law, maritime law and all manner of internationally accepted human rights norms. This attack in international waters was a statement to the West by two leaders. ‘We are sovereign. We are above the law and we don’t need the West, its laws or its human rights.’”Reminding Johnson of how the first principles of constitutional democracy were inscribed in stone in Magna Carta in 1215 with the words, “Be ye ever so high the law is above you”, Michel said “ensuring accountability for such crimes is fundamental to the community of nations”.Michel has also written that the CBI and the Enforcement Directorate have not taken him for interrogation for the past six months and yet Tihar’s most dangerous convicts have been placed with him.“The Modi government have realised I am not going to break. (But) They cannot just let me go without a political expedient face-saving solution (sic).”As for his hunger strike to seek his release, Michel wrote, that in his ward this “is not a big deal” for in any other country such a ward would be called death row since most of the inmates there had received a death sentence.Through the nine-page handwritten letter, Michel urged Johnson to “do what your government promised to the British people – `Apply to Indians or those in countries that are allies or friends’ – sanctions for human rights abusers.”He said his hunger strike will commence on November 25 and continue “until such time as your government announce their intention to apply UK’s global human rights (Magnitsky) sanction regime against those individuals and or entities involved in the attack on the Nostromo (yacht), the abduction of Latifa, passengers and crew in international waters on 4 March, 2018.” 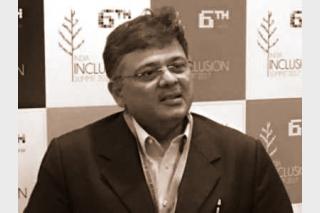 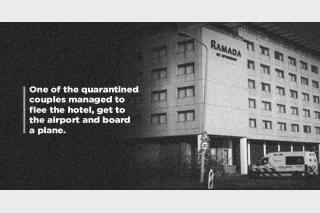